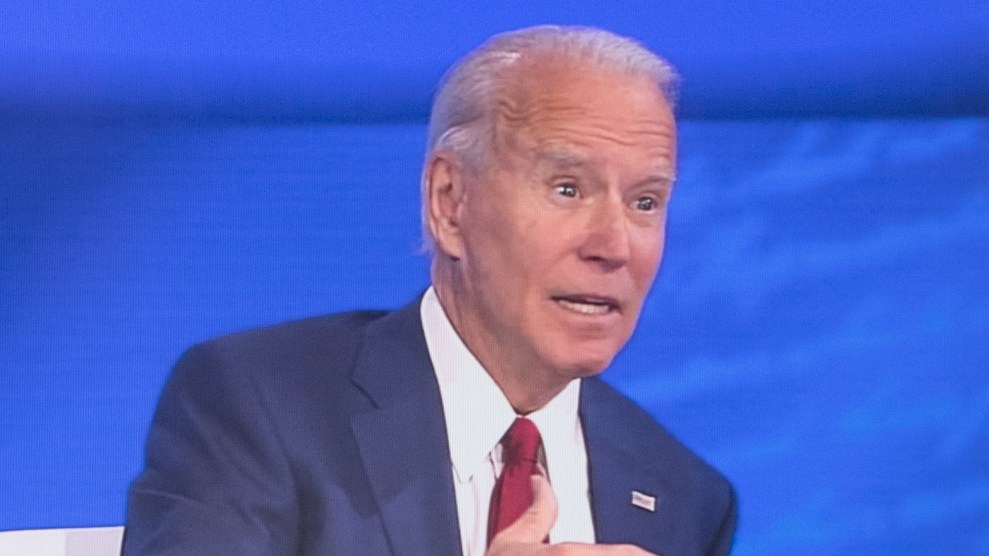 While President Trump began his town hall on NBC by dodging basic questions about when he was tested for the coronavirus before the last debate and railing against wearing masks, Joe Biden opened his parallel town hall by blasting the president for his handling of the pandemic and outlining how he would have handled it. “He didn’t talk about what needed to be done because he kept worrying, in my view, about the stock market,” Biden said. “He worried if he talked about how bad this could be, unless we took these precautionary actions, then, in fact, the market would go down. And his barometer of success of the economy is the market.”

Biden said that if he’d been president this year, he would have followed the playbook that was originally laid out by the Obama administration in 2016 and quietly thrown out by the Trump administration prior to the pandemic. He added that his first move would have been to send American scientists to China to learn everything they could about the virus, and he would have put more of an emphasis on pushing people to wear masks in the early days. “He missed enormous opportunities and kept saying things that weren’t true,” Biden said of Trump.

If Biden’s elected, he’ll inherit a mess of a public health crisis. As scientists race toward developing a vaccine, there’s been skepticism about how safe it will be to take something that’s been rushed to develop under possible political influence. When asked if he would mandate a vaccine, Biden said that “it depends on the state, the nature of the vaccine when it comes out,” and emphasized that he’ll need to work closely with governors and mayors to enforce whatever decisions his administration comes to.