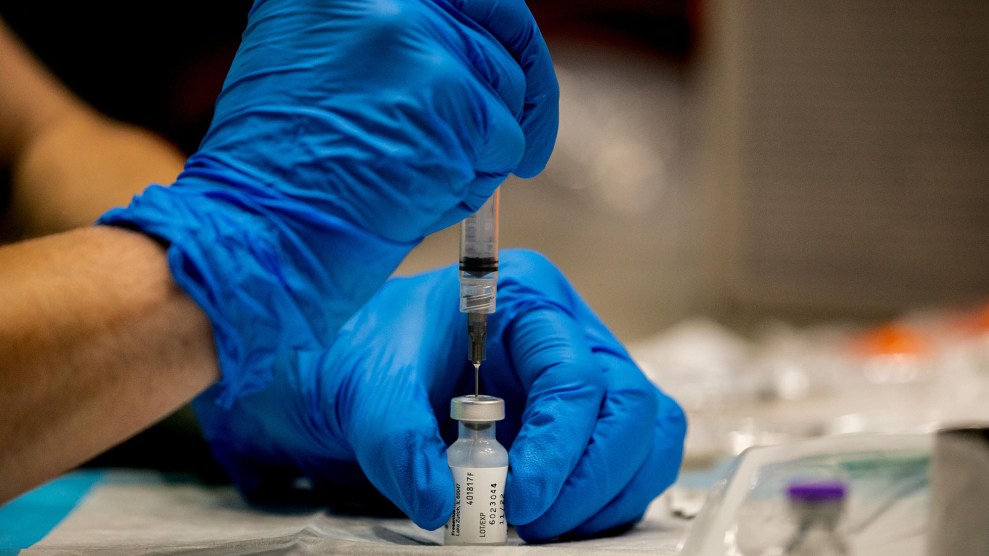 Half of all adults in the United States have now received at least one dose of a COVID-19 vaccine, White House Senior Adviser Andy Slavitt wrote on Twitter on Sunday. The news comes one day before all Americans 16 and over become eligible for vaccination.

Half of adults in the US have now been vaccinated.

And tomorrow all the restrictions to get vaccinated will be lifted for everyone over 16.

The Centers for Disease Control and Prevention reports that 50.4 percent of American adults—128 million people—had received at least one dose of a vaccine. The country crossed the 50 percent mark on Sunday after nearly 4 million new shots were reported. Among Americans 65 and older, the age group that’s accounted for the large majority of COVID-19 deaths, more than 80 percent have gotten their first shot and nearly tw0-thirds are fully vaccinated.

Despite the United States having one of the world’s highest vaccination rates, COVID-19 cases have increased by 5 percent over the past two weeks, according to a New York Times database. About 750 Americans are still dying of COVID-19 infections each day, about as many as before cases started surging in the fall.

That could soon change. In Israel, one of the few countries with a higher vaccination rate than the United State, cases have plummeted in the past month and fewer than 1 percent of tests are coming back positive. In response to that news, Israeli public health officials ended the country’s outdoor mask mandate this weekend.