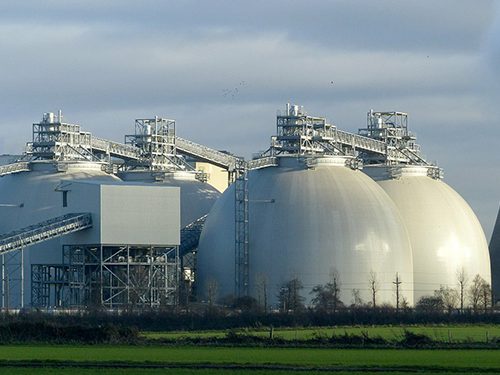 A U.K. biomass power plant which received more than £800 million (C$1.36 billion) in government subsidies for renewable energy production last year has been pegged as the country’s largest source of CO2 in the country in a new analysis by the climate think tank, Ember.

The Drax plant, which generates electricity by burning wood pellets, is also one of the biggest sources of dangerous particulate (PM10) pollution in the entire EU, writes Skye News.

Drax has roundly disputed the findings on CO2 emissions, telling the Independent that Ember got things “completely wrong”, asserting that the emissions generated from burning biomass have already been accounted for in the ongoing carbon-capturing process of forest regrowth.

That thinking has undergirded both the U.K’s and the EU’s own approaches to biomass emissions: both “trea[t] bioenergy as immediately carbon neutral on the assumption that forest regrowth soaks up the carbon again,” the news report states.

The trouble with that assumption, however, is that forests grow too slowly to sequester enough carbon at the rate needed to avoid breaching a 1.5°C threshold on global heating.

Skye News cites a 2018 study which estimated that “it would take 40 to 100 years or more for forests to recapture the carbon emissions from burning the wood pellets.” The study added that with the world’s forests increasingly subject to disease and wildfire, they may never recover enough to balance out pellet-burning emissions.

The reputation of biomass as a climate saviour took another hit this January with the European Academies Sciences Advisory Council (EASAC) declaring that the technology is “not effective in mitigating climate change.”

In February, more than 500 scientists petitioned the EU to revoke the technology’s “carbon neutral” status. “Regrowth takes time the world does not have to solve climate change,” the scientists wrote.

Questions of regrowth in the case of Drax are particularly concerning. While the company has repeatedly claimed it sources its pellets from wood waste, such as slash and leftovers from lumber and furniture making, both its parent company, Enviva—the world’s largest wood pellet company—and Pinnacle, a British Columbia wood pellet operation that Drax bought in April 2020, have been implicated in the harvest of mature and old-growth trees to feed their wood pellet supply chain.

Ember’s analysis dropped just a week before Drax appeared at an innovation summit hosted by Prime Minister Boris Johnson. The company was showcased at the October 19 event as one of 12 exhibiting “the best of U.K. innovation and green technology,” qualities that are “helping cement the U.K’s position as a science superpower and the world’s number one centre for green technology,”  according to government promotional material.

The Independent notes that the dozen invitees are all strong supporters of Johnson’s 10-point climate plan.

Critics condemned the inclusion of Drax—whose 2020 emissions were equivalent to Ghana’s, according to Ember—at the recent summit. “If the U.K. government wants to showcase the best of our green economy, there are amazing businesses, big and small, leading the charge to prevent the climate crisis that should be in the spotlight,” said Green Alliance Head of Politics Chris Venables.