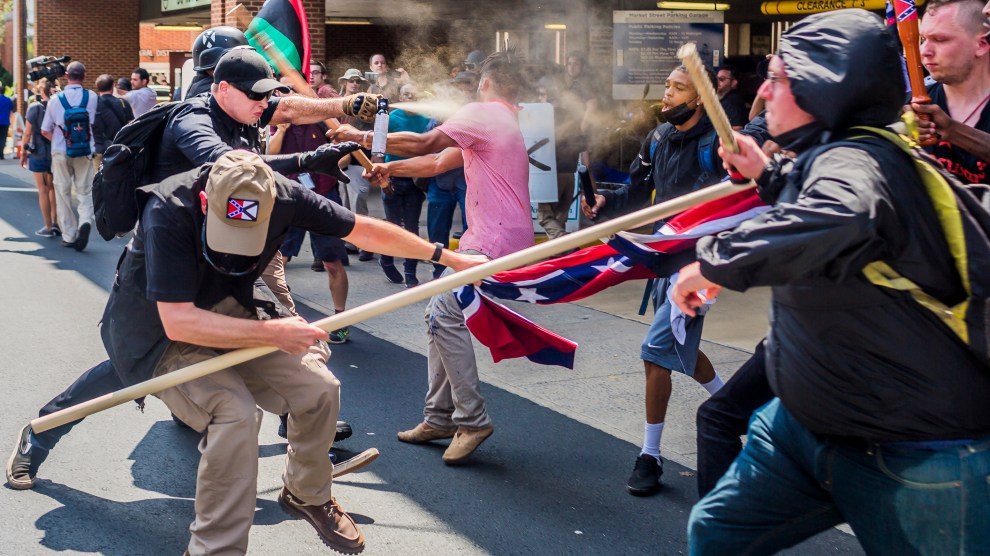 A jury found Richard Spencer and other white nationalists who organized the 2017 Unite the Right rally in Charlottesville, Virginia, liable for injuries to counter-protesters—and responsible for more than $25 million in damages.

At the 2017 rally, a man deliberately drove his car into a group of peaceful counter-protesters, killing 32-year-old Heather Heyer and injuring dozens others. The jury’s decision Tuesday afternoon found that the organizers of the far-right rally, in addition to the driver of the car, bear responsibility for the counter-protesters’ injuries.

“The evidence was overwhelming that leaders of the white supremacist movement from all around the country planned for months to bring violence and intimidation to the streets of Charlottesville,” Roberta A. Kaplan and Karen L. Dunn, co-lead counsels for the nine plaintiffs, said in a statement, “and that our brave clients, among many others, were injured when they dared to stand up for their values.”

While the jury found the organizers responsible under Virginia state law, it was unable to reach a decision on two federal conspiracy charges.